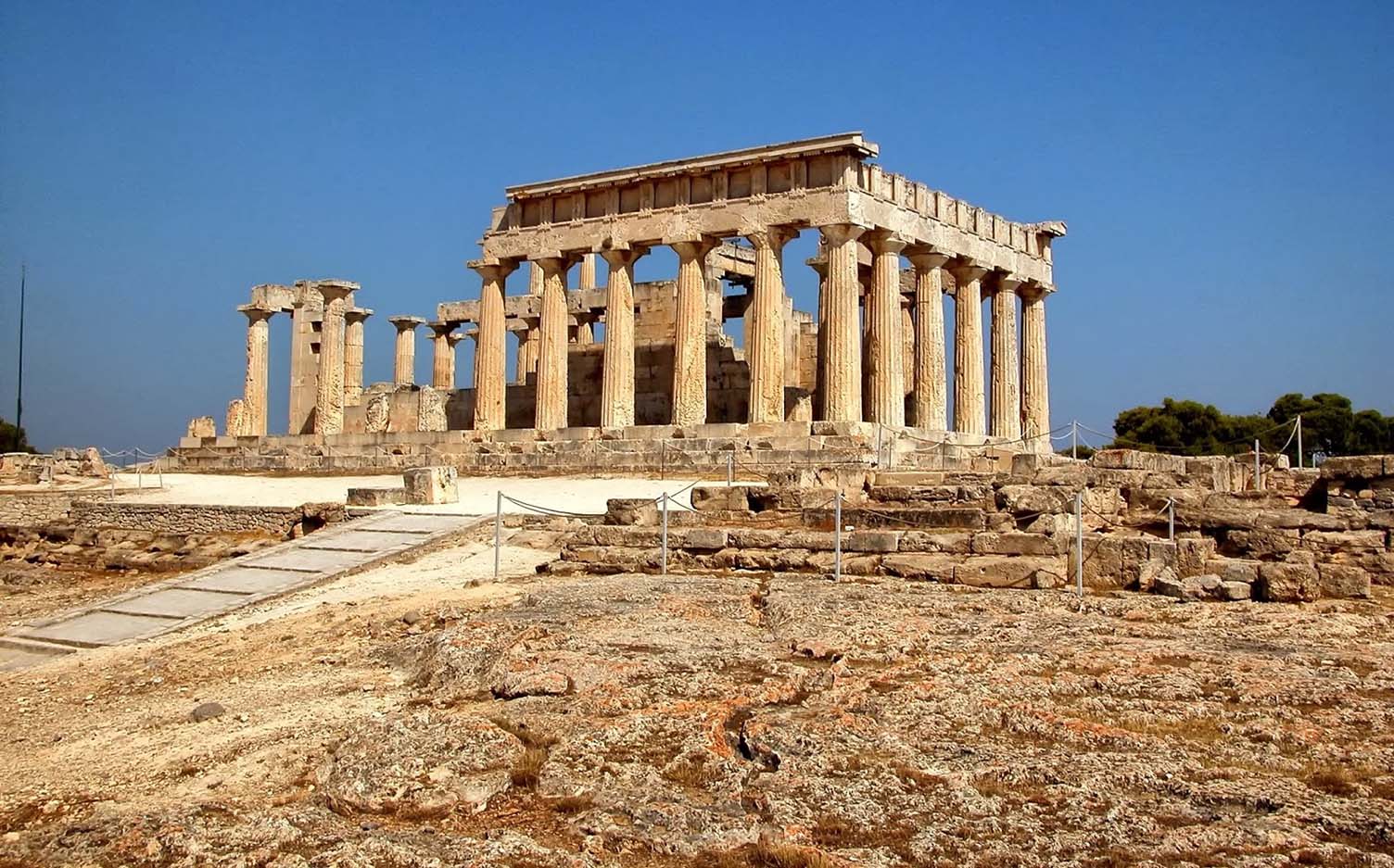 Throughout the island, guests have the opportunity to admire unique sights of great historical importance.

The Temple of Aphaia
Surrounded by pine trees and with magnificent sea views, the Temple of Athena Aphaia is located on the north side of the island. It was built in 480 BC. after the naval battle of Salamis. The temple is Doric and in very good condition, having 24 of its 34 columns. There is also a small Archaeological Museum where you can see exhibits and representations of the Temple.

Paleochora
Paleochora is located on the hill behind Agios Nektarios Monastery. For many centuries it was the capital of Aegina, but it was abandoned in the 19th century after the residents returned to the seaside areas of the island. It looks like Mistra, since it has many churches and ruins of old houses.

Pachia Rachi
Paheia Rachi is a traditional settlement located at the foot of Mount Ellanios Dias or Oros, above Marathon. There are traditional stone houses and cobbled streets, with beautiful sea views of Aegina town and Agistri island. In the village there is a theater that hosts plays, with a wonderful view of the entire mountain.

Find out more or adjust your settings.

This website uses cookies so that we can provide you with the best user experience possible. Cookie information is stored in your browser and performs functions such as recognising you when you return to our website and helping our team to understand which sections of the website you find most interesting and useful.

Strictly Necessary Cookie should be enabled at all times so that we can save your preferences for cookie settings.

If you disable this cookie, we will not be able to save your preferences. This means that every time you visit this website you will need to enable or disable cookies again.

This website uses Google Analytics to collect anonymous information such as the number of visitors to the site, and the most popular pages.

Please enable Strictly Necessary Cookies first so that we can save your preferences!